Pain is the indication for which most cannabis prescriptions are currently submitted to the health insurance companies.

Pain is perceived by nociceptors

Pain is a warning signal of the human body and can often accompany other diseases. Frequent cases of accompanying pain occur with e.g. cancer or multiple sclerosis.

Special receptors are responsible for the body's ability to quickly differentiate between painful and harmless sensory-motor stimuli. These are called pain receptors or "nociceptors". These neurons have so-called extensions, which are free nerve endings that are extended into the respective tissue, such as the skin. There they pick up mechanical, thermal or chemical signals from the environment, a so-called receptive field - provided these exceed a certain threshold. While normal, non-nociceptive thermoreceptors of the skin already react at temperatures between 37°C and 43°C, temperature-sensitive nociceptors only respond at temperatures above 43°C, and some even only at temperatures above 52°C.

In principle, almost all body tissues are equipped with pain receptors. The only exceptions are the brain tissue and the liver parenchyma. The skin is particularly densely populated with nociceptors. With up to 200 pain points per square centimetre, they occur far more frequently here than purely sensitive pressure or heat points. In the wall of hollow organs, a large number of mechanical nociceptors react to stretching pain of the smooth musculature, for example in the case of biliary colic. Pain receptors in muscles, tendons or joints are sensitive to tugging, twisting and beating. 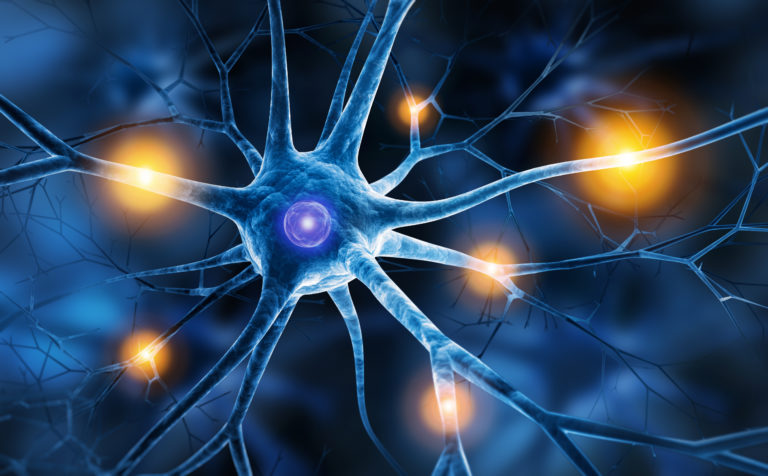 Nociceptors can be divided into three types:

Depending on the pain stimulus, a number of different ion channels are activated in the nerve endings of the nociceptors, which react very specifically to pain stimuli - for example, only to jolts, or they only respond in the presence of certain chemicals and messenger substances or in a limited temperature spectrum. As a result, ions - calcium, sodium or potassium ions - flow into or out of the neurons. This results in "depolarization" and the emergence of action potentials: The signal "danger" is then transmitted via the spinal cord to the brain. At the same time, excited nociceptors sensitize the surrounding tissue. It is supplied with more blood and is more sensitive to pain. In addition, immune cells are attracted, which react to foreign substances and release messenger substances such as histamine. Therefore, after a bruise, the affected region feels even slight pressure as painful and an itching and burning sensation develops.

Pain signals of any kind enter the spinal cord via the posterior horn. Here - at least in the case of the first pain mediated by Aδ-fibers - a feedback with the damaged body part takes place. The information "Danger!" reaches motor neurons via an interconnected interneuron, which leave the spinal cord via the anterior horn and leads to an instictive reaction - e.g. making a burnt hand recoil from a hot stove plate.

At the same time, the pain information - from both Aδ-fibers and C-fibers travels to the brain via the ascending pain pathway of the spinal cord. Thus, the signal travels via the anterior cord to the thalamus and from there on to the cerebral cortex. Only here does nociception develop into consciously perceived pain. This is emotionally evaluated in the limbic system, from here on it is considered "unpleasant".

The spinal cord is primarily where signals are transmitted, but it also plays a crucial role in regulating the sensation of pain. Nerve fibers that enter the spinal cord via the posterior horn are interconnected via inhibitory and excitatory interneurons. As early as the 1960s, the Canadian physiologist Ronald Melzack and the British neuroscientist Patrick Wall put forward the so-called "gate control" theory. According to this theory, an ascending neuron receives information from both touch sensors and nociceptors, which can inhibit each other via an interconnected interneuron.

The correct balance between inhibitory and excitatory signals is ensured, among other things, by the Endocannabinoid system. Disturbances of this balance in the spinal cord can be involved in the development of chronic pain. This is because severe or persistent pain leaves lasting traces. Physiological main culprits are calcium ions, which can enter nerve cells through synaptic excitation. If this stimulation is strong or prolonged, the calcium influx also reaches the cell nucleus. This, in turn, results in a series of epigenetic changes - changes that cause other genes to become active or to come into play to a different degree than before, which can lead to chronic pain.

This chronic pain is officially diagnosed when pain persists 3 months after the appropriate time of wound healing, or when it is associated with a chronic pathological process that causes continuous pain. Chronic pain usually represents a high level of suffering of the affected patients, which often cannot be treated by classical antiemetics.

When chronic pain is caused by damage to somatosensory nerve structures in the peripheral or central nervous system (e.g. the case with HIV, diabetes or cytostatic treatments), it is referred to as neuropathic pain.

Cannabinoids help with pain to a higher quality of life

High numbers of cannabinoid receptors have been found in brain areas directly associated with pain processing (periaqueductal gray, dorsal root ganglia or peripheral ends of afferent pathways). Their analgesic effect lies in the activation of descending pain modulating neural pathways and in the inhibition of neurotransmitter release in nociceptive afferent neural pathways. This effectively reduces pain signals in brain centers and the spinal cord and reduces mild inflammation through neuroprotective and anti-inflammatory effects.

THC derived from the cannabis plant binds to the same receptors as the body's own endocannabinoids and can thus inhibit the transmission of pain stimuli. Large clinical studies confirm that patients with neuropathic pain benefit most from THC-based cannabinoids. They experience both objective and subjective improvements in pain and quality of life.

When pain medications such as opioids alone do not bring the desired success, cannabinoid therapy is the next choice. Cannabinoids have a double effect on pain patients: the pain relief is accompanied by a mood-lifting, sleep-promoting and anxiety-relieving function of the activated endocannabinoid system. The overall better quality of life improves the psychological situation of those affected. In addition to such cannabinoid therapies often comes that a so-called multimodal pain treatment includes much more than just the prescription of drugs. In addition to taking medication, this also includes physiotherapeutic treatments, surgical interventions, nutritional counselling or, depending on the clinical picture, psychotherapy. 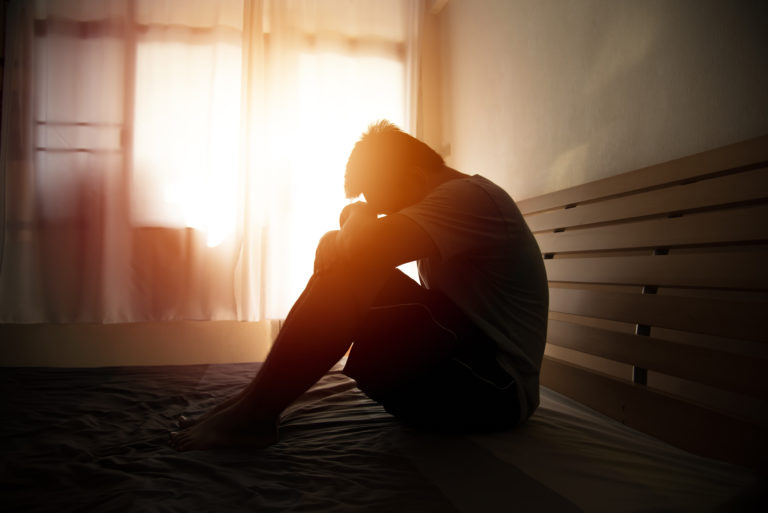 Fibromyalgia - The pain syndrome without a clear cause

A special form of pain is fibromyalgia or fibromyalgia syndrome (FMS). This is a functional somatic syndrome with chronic pain in several regions of the body. In addition, sleep disturbances with fatigue and physical and/or mental fatigue tendencies often occur. The origin and exact course of this syndrome is a mystery to patients as well as physicians, making treatment much more difficult. Often, symptoms begin after a patient has had a major, impactful experience, such as physical trauma, surgery, or a major psychological stress. However, this is not always the case; symptoms can also develop gradually, without a triggering single event.

Currently, there are no effective cures for fibromyalgia, but medications help to control the pain symptoms. Besides exercise, relaxation and stress reduction, medicinal cannabis is said by patients to be the most effective.