The use of phytocannabinoids as a form of therapy is nothing new. Here you will find a brief summary of the exciting history of this unique plant and an explanation of its botanical properties. 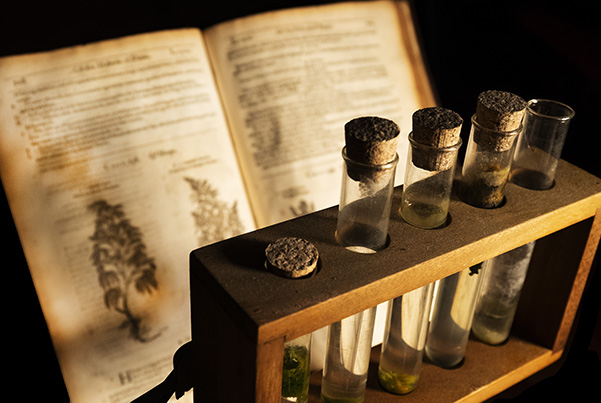 One of the oldest medicinal plants - Used, forgotten and rediscovered.

The cannabis plant (Cannabis Sativa L.) is one of the oldest medicinal plants in the world and has been used for thousands of years by different people and cultures for therapeutic and cultic purposes. The oldest prescription was found in Egypt in 1500 BC in the Ebers Papyrus - a poultice with Cannabis Sativa for ophthalmological purposes and against inflammation. The first recorded therapeutic use in Europe was in 1840 by an Irish physician named William O'Shaughnessy. However, interest in the potent medicinal plant was lost again. Lack of knowledge about the exact composition and active ingredients meant that there was no common consensus on correct dosage. Frequent over- and underdoses led to a general uncertainty about the therapeutic benefits of the plant. By the end of the 19th century, the general focus returned to closely analyzing the chemical structure of the cannabis plant and identifying the plant's mechanisms of action. However, the chemical composition of the plant did not make this easy: a wide variety of cannabinoids with very similar chemical structures posed a great challenge to the technology of the time. Finally, in 1964, Israeli scientists Yehiel Gaoni and Raphael Mechoulam succeeded in identifying the structure of Δ9-tetrahydrocannabinol (THC). Interest in the plant was newly discovered, and in the early 1990s led to the discovery of the endocannabinoid system (ECS), an endogenous cannabinoid system with its own cannabinoid receptors and endogenous ligands for these receptors, the endocannabinoids. The ECS owes its name to the unusual fact that the (phyto-)cannabinoids of the cannabis plant were discovered first and the human receptors and ligands only afterwards.

After the classification of the active ingredient THC ("dronabinol") was first changed from Schedule II to Schedule III in 1998 as a first step towards cannabinoid therapy, the "Act on the Medical Use of Cannabis" finally came into force in 2017, whereby a supply of patients with natural cannabis is given and is reimbursable by the health insurance funds for the first time. Since then, doctors have been allowed to issue a narcotic prescription (BtM prescription) for cannabis flowers, cannabis extracts and cannabis-based medicines, as long as all of the following requirements are met (§ 31 para. 6 SGB V):

However, approval of the assumption of costs by the health insurance funds is not a mandatory prerequisite for the prescription; the patient can assume the costs of the drug himself after a prescription on a private narcotic prescription.

Regulation of cannabinoid therapy in Germany

Change of classification of dronabinol, (-)-trans-Δ9-tetrahydrocannabinol, from Schedule II to Schedule III of the BtM.

Decision of the Federal Constitutional Court, according to which patients can apply to the BfArM for an exceptional permission to use cannabis flowers (2 BvR 2382-2389/99)

Denials of all patient requests for such waivers.

Ruling of the Federal Constitutional Court according to which the BfArM may not reject these applications across the board (BVerwG 3 C 17.04)

First exemption by the Federal Opium Agency at the BfArM, initially for a cannabis extract, later mainly for cannabis flowers.

Ruling of the Federal Constitutional Court according to which a patient must be granted an exemption for self-cultivation of cannabis flowers (BVerwG 3 C 10.14) 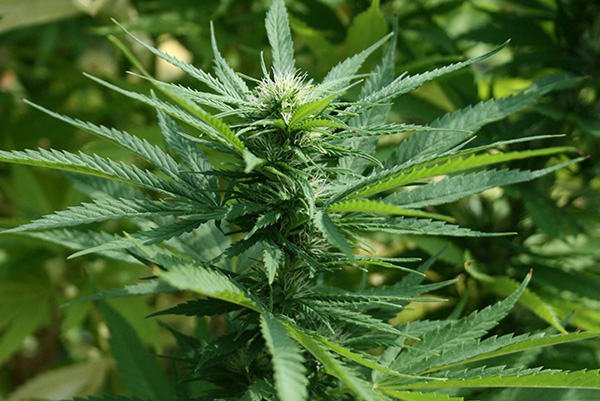 Like the hops present in beer, cannabis is a genus of the Cannabaceae family. Of this dioecious (bisexual) plant, both the male and female plants bear flowers, but the therapeutically interesting cannabinoids are only present in sufficient quantity in the female plant. Unisexual varieties of cannabis also exist, but are not of medicinal interest as they are used with low cannabinoid content as commercial hemp for e.g. textiles or oil. These strains may not exceed a THC content of 0.2%, so that no abuse can take place.

Although the genus of the cannabis plant is monotypical, the public usually distinguishes between 3 "species": Cannabis sativa, Cannabis indica and Cannabis ruderalis. Cannabis ruderalis stands out with a very low THC and very high CBD content.

However, the taxonomic difference between Cannabis Indica and Cannabis Sativa is not determined by the THC or CBD content, the complete "fingerprint" of the plant is crucial here: the chemical profile of all present cannabinoids (120 identified, as of 2019) and terpenes (>100 identified in Cannabis, as of 2019). The selection of a strain for medicinal use is dependent on THC and CBD content rather than chemical constellation. The taxonomic classification however does not assign any importance to the two main cannabinoids, the chemical background of this classification is still controversial. Originally the difference lies in the type of cultivation, but it is assumed that the chemical difference between the two varieties lies in the prevalence of the more unknown cannabinoids CBG (cannabigerol) and CBC (cannabichrome), as well as in the characteristic terpene profiles. Besides cannabinoids and terpenes, the plant is composed of amino acids, proteins, sugars, alcohols, fatty acids and flavonoids.